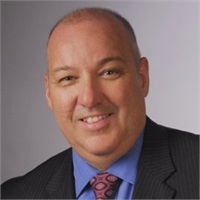 Tony Lopez has been in the financial field since 1985. He obtained his series 7 and 63 registrations in 1986. He later obtained his series 24 and series 65 registrations in later years. He started as a broker trainee at a small regional firm in Florida. In 1990 he moved back to Chicago and joined IDS-American Express Financial Services. They were a precursor to Ameriprise Financial Services. While there he was a Silver Team Financial Advisor and a training Manager. In addition to his duties as a Financial Advisor he would help in the training of newer Advisors.

In 1995 he joined Merrill Lynch. He enjoyed his role in financial planning there. In 1996 Tony ventured out on his own and became an independent Financial Advisor. He felt as an independent he could provide his clients with a broader more diverse universe of products and services as well as the ability to collaborate with other professional advisors. He feels that collaborating with accountants, estate planning attorneys, mortgage bankers and other financial professionals he is equipped to handle  his clients’ financial needs.  He offers clients a one stop resource.

Currently Tony serves his clients investment needs through Cetera Advisor Networks. He also utilizes the products and services of a multitude of financial and Insurance providers. He was very involved in various community and charitable – Not- for-profit organizations. Namely as a board Member of the YMCA of Metropolitan Chicago. He was the catalyst for the building of a new YMCA in the Pilsen-Little Village neighborhood. It opened as the Rauner Family YMCA in 2005. Along with the YMCA, he held positions with many other not-for-profit organizations in and around the Chicagoland area. In his hometown he co-founded the Darien Swarm. A sports program for children from ages 5-14. The Swarm offered football, cheerleading, baseball, softball and soccer.

Tony emigrated from Cuba to Miami in 1967. He came to Chicago with his family in 1968. He moved to Florida to escape the cold in 1985. After the passing of his dad, he moved back to Chicago in 1989 to take care of his Mom. He is married to Beth. They have 6 children, a daughter-in-law and a dog named Mimi. They reside in Woodridge, IL.